UAB "Bodesa" – one of the largest manufacturers of glass units and tempered glass in the Baltic States. About 70-80 percent of the production is exported (mainly to Estonia, Latvia, and Poland). Clients of the Company are manufacturers of wooden, aluminium or plastic windows, doors, various facade building constructions selling their products not only in the Baltic States, but also in the Scandinavian countries, Finland, Denmark, Germany, United Kingdom, Italy, Belgium, USA, Japan and other countries worldwide. Automated production and more than 26 years of experience allow us to ensure exceptional quality, dimensional accuracy, product tightness and other properties required for the respective products. By constantly investing in employees as well as in modern and innovative equipment, Bodesa UAB strives to supply its customers with the highest quality products and the best service at competitive prices.


Mission
UAB "Bodesa" mission - to create added value for customers and shareholders of the company by ensuring high quality products, honest customer service and encouraging customers to use more environmentally friendly and greenhouse gas-reducing products in their buildings.
Values and basic principles

Every employee of the Company is required to be a professional in their field. We understand professionalism as the ability to exceed the set goals (exceeding not only expectations of our Clients but also of our own). Constant pursuit of being the best in our field leads us to higher levels of professionalism. This goal is a huge challenge to our company, enabling us not only to perfectly implement our daily tasks, but also to constantly improve, gain knowledge, grow and assist other persons on a daily basis. We love to improve and grow together with our partners.

We know that honesty is a principle of morality, one of the fundamental principles of moral conduct. Therefore, we honestly comply with all requirements set out in legislation and technical regulations. We are also objective in our operations, we make decisions based on clear evaluation criteria while avoiding personality issues and emotions.

We are responsible in all directions: towards our Customers; managers, subordinates and colleagues; towards society and community; and towards ourselves. We take responsibility for our activities without being overshadowed by team decisions. Our professional activities are based on personal responsibility for the consequences of our decisions or performance, potential benefits and harms, including short-term and long-term effects.

Reliability for us is one of the most important values in building a solid business and forming a strong and reliable partnership, strong and reliable teams of employees. We keep our promises as we follow the principle, namely “promise less than you can do, but do more than you can promise”. We strive for unity of the word and the action, we fulfil our obligations and thus maintain the name of a reliable Company.

We respect the laws of all countries in which we operate. We respect human rights and freedoms. We do not discriminate against individuals or any society groups in our language, actions or proposed solutions. Our conduct is courteous, benevolent and tolerant, regardless of any personal characteristics, financial situation or social status, or any views. We set an example by our appearance, language, and behaviour in accordance with universally accepted rules of conduct.

In 1996, Bodesa UAB was incorporated and started its activities. More active development was started in 1998, when a production workshop of 80 m2 was established at Spindulio St., Šiauliai.

In 2000, as the needs of customers and the number of orders increased, larger premises were purchased, namely 280 m2 for production and 70 m2 for administration. The first sales showroom of windows and doors was opened at Pramonės St. 15, Šiauliai.

In 2002, the production facilities increased up to 600 m2. Premises were purchased in Kuršėnai and a showroom for windows and doors was established.

In 2006, the production of Bodesa UAB moved again to new premises with the area of 2700 m2 at J. Basanavičiaus St. 166 in Šiauliai. The old equipment was moved to new premises and the new equipment was installed: two LISEC lines for the assembly of glass units, a computerised, fully automatic HEGLA glass carving table, thanks to which any risk of the “human factor” is reduced, and the workers only control the glass-carving process.

In 2007, the production of modern balcony glazing systems was started (newly equipped premises). In the same year, a construction department specializing in building renovation was established.

In 2008, a new, fully automated computer system LISEC for the production of glass units was acquired, and a new LISEC production process optimisation and management program was installed.

In 2012, aiming to use the latest and most advanced technologies and to remain one of the leaders in the production of glass units, the company implemented an investment project for production modernization. An automatic glass unit production line (LiSEC) and one of the most modern frame folding machines in the world were purchased. The project was partially funded by the EU structural support funds while implementing the JEREMIE initiative under the Economic Growth Operational Program.

In 2014, the company built a new building with a warehouse in its territory, to which the PVC products division moved. Thanks to some additional space in the existing production premises, the equipment was purchased that allowed the production of glass units for frameless facade glazing (structural glass units). 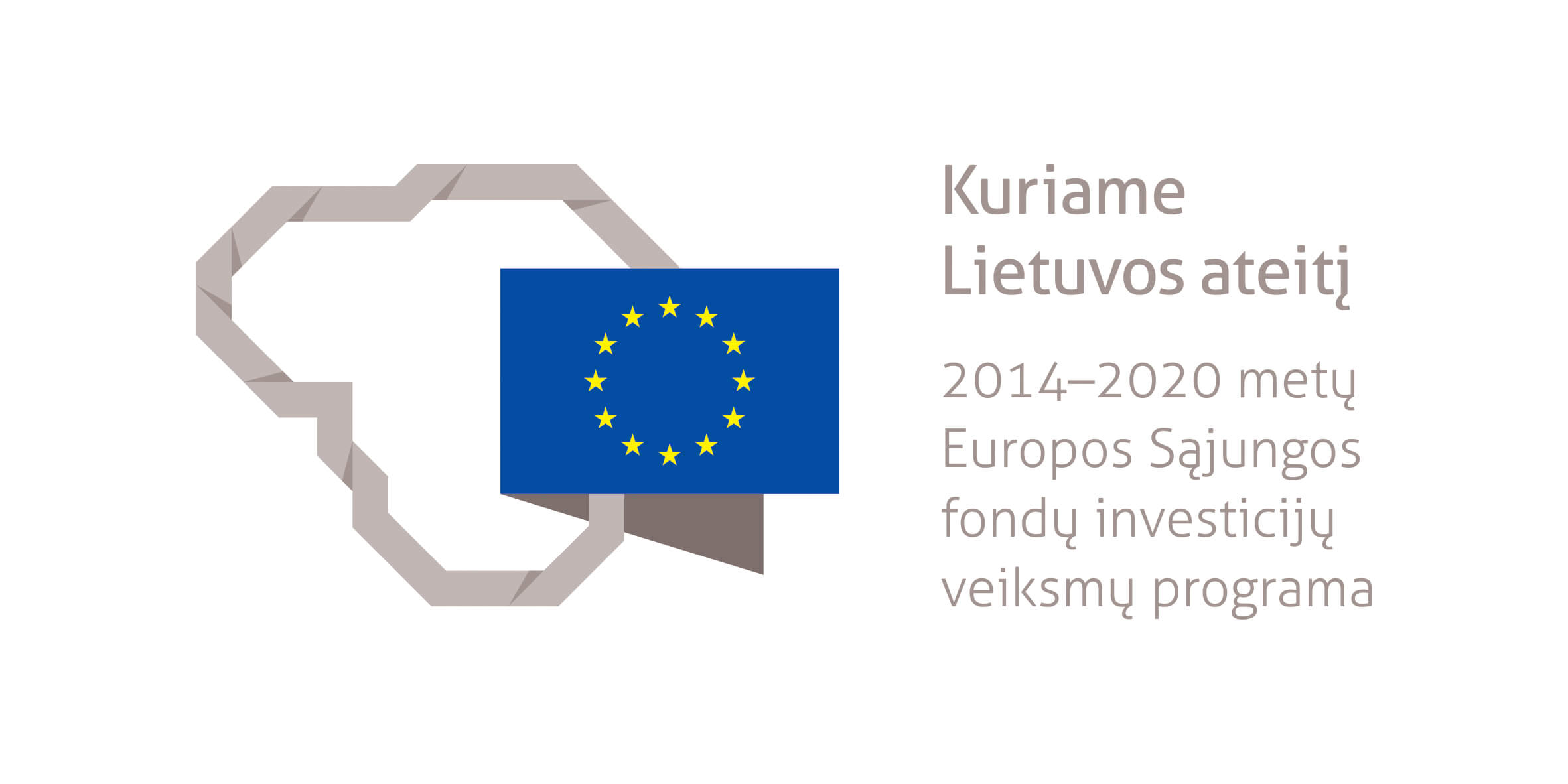 Bodesa UAB has successfully implemented the European Union-funded project “Implementation of Modern Technologies in Bodesa UAB by Creating New Production Capacities”. The company's project was implemented in accordance with the Regio Invest LT + measure of Priority 3 “Promotion of Small and Medium Business Competitiveness” of the European Union Funds Investment Operational Program for 2014-2020 and financed by the European Regional Development Fund.

The total value of the investment project is ~ EUR 7.5 million. The amount of support is EUR 2.1 million.

The aim of the project is to increase competitiveness and productivity of the company by implementing modern technologies in its operations. In the course of the project, construction and reconstruction works were carried out by expanding the area of production premises, new high-quality production equipment and software for the production of glass units and tempered glass was purchased.

The project contributed to initiation of the new production processes (tempered glass, glass for indoor glass partitions) and to increase of the current production volumes. The implemented project allowed to create new workplaces, to significantly increase productivity and competitiveness of the company, thus laying the groundwork for offering of the new, high-quality and extremely attractive products to the Lithuanian and foreign markets.

Since 2019, Bodesa UAB has been successfully implementing another EU SF-funded project

In 2020, reorganisation of Bodesa UAB was completed. Activities of the construction division were suspended (the company decided to discontinue these activities) and the activities of the windows division were transferred to another, newly established company. Since 01/06/2020, Bodesa UAB has carried out only one activity, namely processing of flat glass (production of glass units and tempered glass).

At the end of 2020, Bodesa UAB started implementing a new EU-funded project

Since December 2020, Bodesa UAB has started to implement a new European Union-funded project "Solar Power Plant Installation in Bodesa UAB", implemented in accordance with measure “Renewable Energy Resources for Industry LT+” of the Priority 4 of the European Union Funds Investment Operational Program 2014-2020 "Promotion of the Energy Efficiency and the Production and Use of Energy from Renewable Sources” and financed by the European Regional Development Fund.

Aim of the project is to reduce the energy consumption intensity in Bodesa UAB by increasing production and consumption of the renewable energy resources.

The growing amount of energy consumption due to the expansion of operations and production park of the company encourages the company to consider energy saving, more efficient use thereof, implementation of various measures, technologies that protect the environment and natural resources. For this purpose, Bodesa UAB conducted an energy audit and, in accordance with the recommendations provided therein, the company is planning to install a solar power plant that would allow the company to use the electric power produced for its own internal needs. Installation of the equipment would allow to reduce consumption of the conventional energy along with the production costs, and to increase the company's competitiveness in the market.

The Management of the Company COMMITS

Our request form uses Google Recaptcha which helps us distinguish you from online robots sending us spam messages.

You can select which cookies are to be accepted.